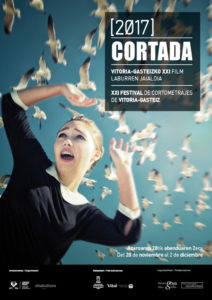 The short film directed by Nayra Sanz Fuentes, Sub Terrae, will participate in the XII Vitoria-Gasteiz Short Film Festival, CORTADA 2017, organized by the Vicerectorate of the of the UPV / EHU Álava Campus.

The next edition will be held next week, between November 28th and December 2nd.