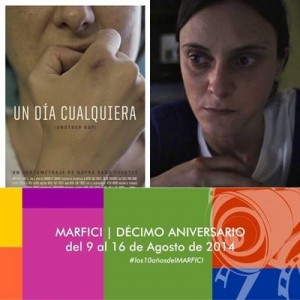 The short film “Un día cualquiera” -“Another Day”-, directed by Nayra Sanz Fuentes, will be projected at the 10th Film Festival MARFICI, Mar de Plata, where it will participate in the section “Mundos Breves”. The projection will take place on 16th of August at 10.00 p.m. We are happy to participate another year in this prestigious film festival, where last year we projected our film “As Old as the World,” directed by Javier Sanz Nayra & Fuentes.