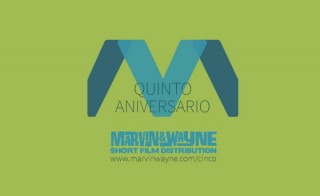 The company “Marvin and Wayne”, dedicated to distribute short films, has been open for five years, and to celebrate this date they’ve organized a series of projections with several of the short films they have worked with.

On July 26, at 8.00 p.m., it will be projection, among others, of the short film “Un día cualquiera” -“Another day”-, directed by Nayra Sanz Fuentes, at the Centro de Cultura Contemporánea de Barcelona (CCCB). Hope to see you there!